The British debt accumulated from the French and Indian War brought colonists into conflict with the mother country over a variety of social, political and economic issues. I would call this survival of the fittest. Many of the colonists came for similar reasons such as new opportunities, wealth, and religious freedom.

South Asia and the Middle East both sought their independance from the help of weakening European imperial powers and a boost of nationalism, but there were key differences in the ways this independance was achieved The very names they gave their surroundings expressed this impulse: Boston, Cambridge, Exeter, Portsmouth, Northumberland, Middlesex, and many others, all transferred from places they remembered and cherished in the mother country.

The Spanish and English colonies varied in terms of religion such as immigration and opinions on salvation. The New World was their solution, their hope to building their fortune. 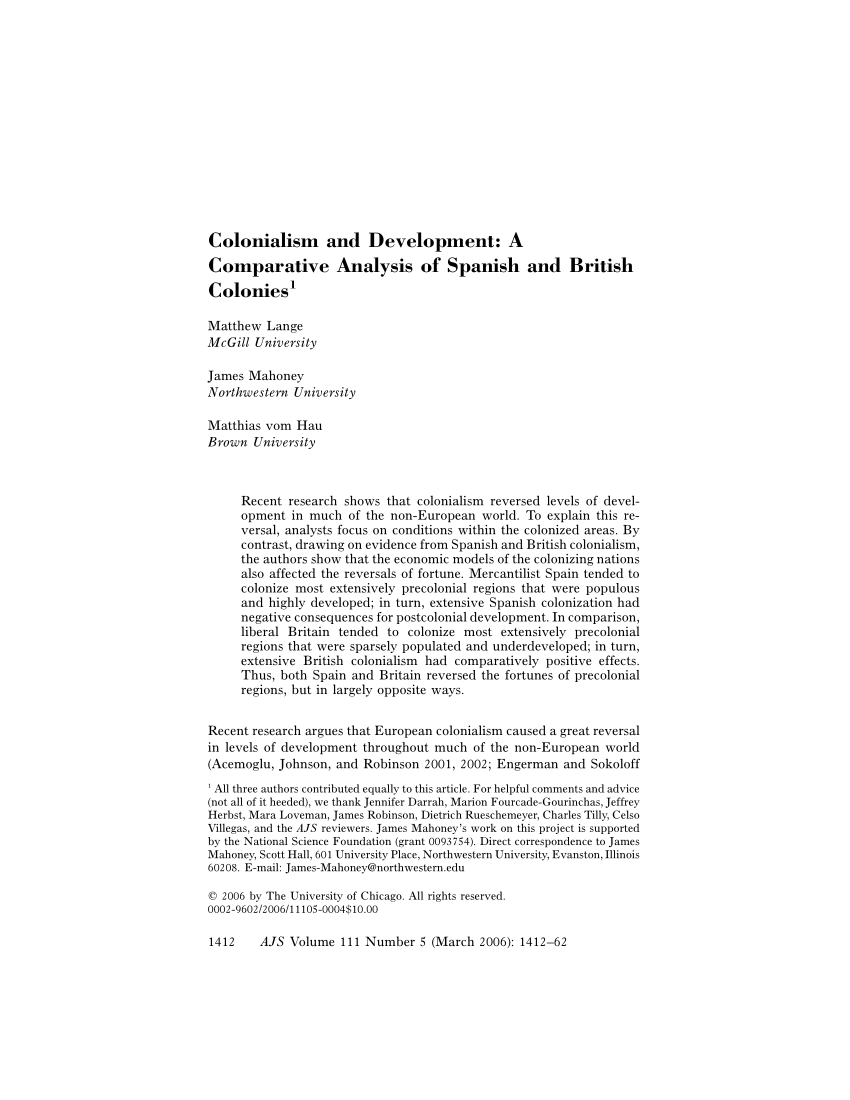 The New England community was so strong and so supportive in comparison to that of the Chesapeake Bay, that it is no wonder they developed into two distinctly different cultures before the year